I’ve finished the testing of the yagi and it has worked out well.

I started off with the elements just stuck onto the boom at the calculated positions and it worked reasonably well; more directional but the gain was noticeably down compared with another antenna.

So I set up the signal generator on 433.92MHz (AM 1KHz 50% modulation) in the back room with a small antenna. With the driven element (DE) only attached just in front of the work bench I experimented with the gamma-match capacitance and coupling point to find the highest signal level at the receiver; a ICOM PCR-1000. Then with the complete antenna in free space in front of the work bench and aimed generally in the direction of the signal generator I began experimenting with the element positions on the boom relative to the DE.

As the antenna gain increased, the signal generator output can be attenuated to keep the signal level at the receiver in the best spot.

This made the antenna shorter overall by about 90mm and improved the gain by a useful amount.

Another outdoor test using a fox-hunt transmitter and one of our standard receivers showed that the antenna still had the same directional characteristics.

There is probably still room for improvement but the effort would be greater than the gain. As it is, it works well enough.

The settings that worked: 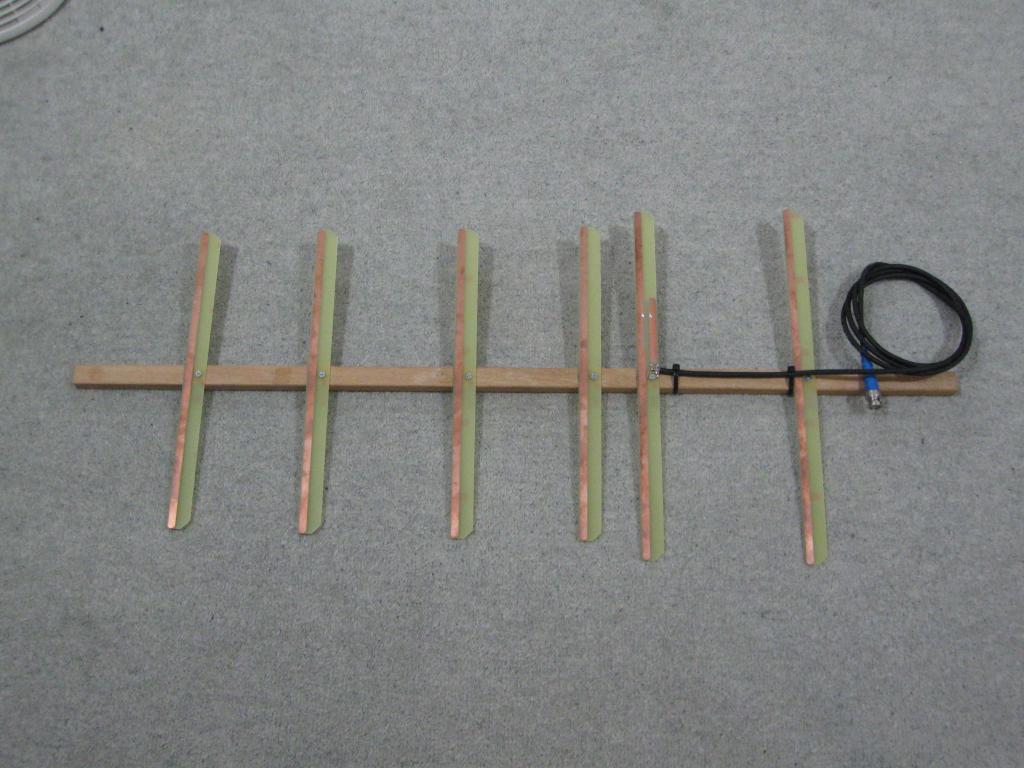