Glitches at the flying field 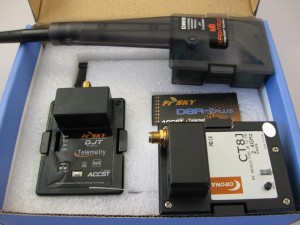 Recently there have been a few 2.4GHz RC control glitches. We don’t know yet if it’s due to installation of interference. But with various models affected, it’s possibly not just installation. There is a large site nearby that may be using a wifi jammer, but we don’t know yet.

We just walked back from dropping the car off for a WOF check.

I wandered along looking at my phone displaying the 2.4G band wifi activity in real time.

I knew that there were lots of APs (AP = access point = your home wifi router) but was surprised to see that there were many spots where there was little or no spare channel capacity due to so many APs.

This is a very rough test and doesn’t tell us much about RC use other than to indicate background noise levels. I knew it was getting up there, but it was higher than I was expecting.

I have a wifi 2.4G spectrum analyzer that connects USB to the laptop and graphically shows all signals within range. The next step is to take it for a tour of the area including up the hill behind the flying site.

These are simplified general notes and observations based on much research and testing over the past 4+ years and applies to our local area. Please comment or let me know of any obvious errors.

Assuming done properly (not always the case) DSSS is more robust and can normally operate right through interference. DSSS can operate below the noise floor, be undetectable and super-secure. GPS operates DSSS and receives signals that are below the noise floor. The more processing power used, the better DSSS can be. Therefore DSSS is more complex than FHSS and only implemented by a couple of RC sets and now mostly overtaken by FHSS.

eg. My Corona full DSSS system works beyond 2KM on only 10mW of TX power using the standard antennas; but it can be a PITA to bind when first turned on. Most FHSS RC sets are typically 60+mW except the EU models which are power limited to 10mW.

FHSS is mostly still a simple “one channel at a time” system that transmits a relatively narrow band signal. It just hops channels often trying to avoid bad channels. When it hits a bad channel it soon hops on to the next channel.

In operation beyond a hundred meters (or less), FHSS systems will be hitting bad channels all the time. The more systems flying and/or the more background noise, the worse it will be. As it gets worse, the radio spends more time sorting out the mess and gets less useful data through. At some point it gives up.

Similar to the way your wifi data rates drop off (often dramatically) as you move your laptop away from the router.

There’s no simple way to improve 2.4G systems. The manufacturers have already wrung about as much out as they can.

If you’re a bit DIY…. Using circularly polarized antennas should make a 2.4G RC system much more reliable; better antennas that naturally reject interference. But they are bigger and easily damaged.

Beyond installation, RC link reliability is a function of radio firmware more than hardware. I’d bet that the newer low cost systems are now better than the earlier big-name systems, simply because they are newer and have benefited from experience. It’s possible the older systems cannot upgrade at a faster rate because they must maintain backward compatibility for existing customers who have expensive transmitters. The low cost systems (FrSky etc.) just say, here are the V2 receivers, buy a new $30 TX module to match.

2.4G interference is mostly line-of-sight. The interference that your RC receiver sees 100 meters up is much worse than what it detected at ground level during the initial bind and range test. If you could switch it on at 100 meters altitude, it would probably say “not likely”.

Leafy trees are really good at blocking 2.4G radio. At ground level Trentham field has trees shielding it from a lot of Upper Hutt. 30+ meters in the air, the receiver gets a clear view of several thousand homes, each with a wifi AP. This “general noise” raises the noise floor, or looks to the receiver like a huge crowd chattering away in the background. This is not a problem for most RC systems used within spec. ie. good installation and reasonable distances.

Trentham field is generally no more hostile to 2.4G RC systems than any other flying site and probably better than some, and better than most parks surrounded by houses.

One thought on “More on 2.4GHz RC control reliability”