Get a copy here – well almost 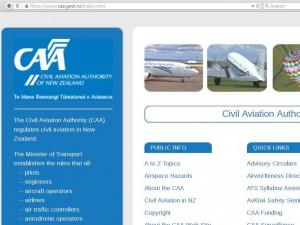 It seems to be almost the same thing in practice, but AC101-1 is an advisory circular (giving advice on how to comply with the rules)and Part 101 is the actual written rule. Part 101 Amendment 06, here, is the latest change to Part 101 of 1-April-2014.

A Bit of a Fuss

On the 1st of August the new CAA rules governing UAV operation came into effect in New Zealand. These are 101 for most flyers and 102 for anyone not falling under 101. Download here.

UAV means anything that flys and does not have a person on board. This includes small toys, model planes and flying cameras operated by hobbyists and commercial operators.

One Major Problem with the New Rules

Permission to overfly is now required from landowners and people on the ground. Fines could reach NZ$5000.

The rules 101 and 102 are generally good and provide flexibility for UAV use and development in NZ. IMO the rules are better than what many countries are doing. There’s just that one turd in the kitty litter.

One of the improvements: You can now fly within 4Km of an airfield if you stay within 100 meters of and below man-made or natural objects.

MFNZ who I believe represent all model flyers in New Zealand did look after the paid up members by excluding sites used by MFNZ members. It does not specifically say MFNZ or MFNZ registered locations. I read this as meaning that MFNZ members are exempted form having to get land owner and people permission before flying at these sites. What are these sites? As suggested by the current MFNZ president any site for which there is evidence that prior to 1-August-2015 it was used by MFNZ members. For us members that’s a very convenient interpretation, but will it hold up? Assuming members use their previous sites sensibly and safely, it may well do.

Many MFNZ members also fly in parks and public spaces.

Another thing to consider is, where do new MFNZ club members come from? In the past, probably guys with some hobby time and some spare cash. You had to consciously decide to take up RC flying because it was a lot of work and quite expensive. These days, with small helicopters, multi-rotors and ready-to-fly foam planes readily available and quite cheap, it’s common for someone to get a model, fly it at the park and some time later join a club it they decide to continue and want to fly with others.

Based on the MFNZ interpretation of the permission to overfly rule, it’s pretty much business as usual for MFNZ members. The ones most disadvantaged are the non or not yet members.

I feel that MFNZ has let these people down far more than has CAA. CAA are looking after the big picture and probably didn’t want to think about parks and public spaces. This was the job of MFNZ. So CAA made a rule to make it someone else’s problem.

The permission to overfly rule is a overreaction. What was once permitted, OK or accepted because nobody was concerned, is now illegal until you get permission, not only of the land owner, but also of other park users. Not only is it illegal, CAA are telling the general public that model flying is so dangerous they had to ban it from public places unless specifically approved.

It has made councils scramble to create rules for park use. Councils are often not sensible, consistent or coordinated, but do have to
cover their own butts. ie. If CAA say it’s dangerous, it must be and should be strictly controlled. Some councils are reacting sensibly by allowing what was going on to continue. Some are overreacting and simply saying NO, or requiring individual permissions.

What is Safe or Dangerous

What was probably one of the safest park activities is now illegal in many parks. I don’t object to rules for park use, but they could be better considered and standardised across NZ to allow sensible park flying.

Most ball sports are far more dangerous than park flying But I can’t imagine councils requiring you to get permission to take a ball to the park. If you are walking in the park and there’s a ball game going on nearby, you watch it, accept the risk or avoid it, and be ready to duck until a safe distance away. Setting up your picnic next to the cricket pitch is a sane thing to do.

In this interview Steve Moore (CAA General Manager of General Aviation) mentioned the crash of a machine into a building and onto a footpath where it caught fire in down town Auckland. This was a commercial operator accident. They are now approved to have these accidents, they just need traffic cones and safety tape.

CAA are overstating and misrepresenting the dangers presented by model aircraft because it suits their justification of a ill-conceived law.

Steve Moore, a brief radio interview. In my opinion, a bit flustered trying to justify a law he knows is wrong.